Another State cycled and don’t my thighs know it – these climbs are making my toes curl.

Pennsylvania is our hilliest state to date.

Goodbye West Virginia it’s been a a flying visit! 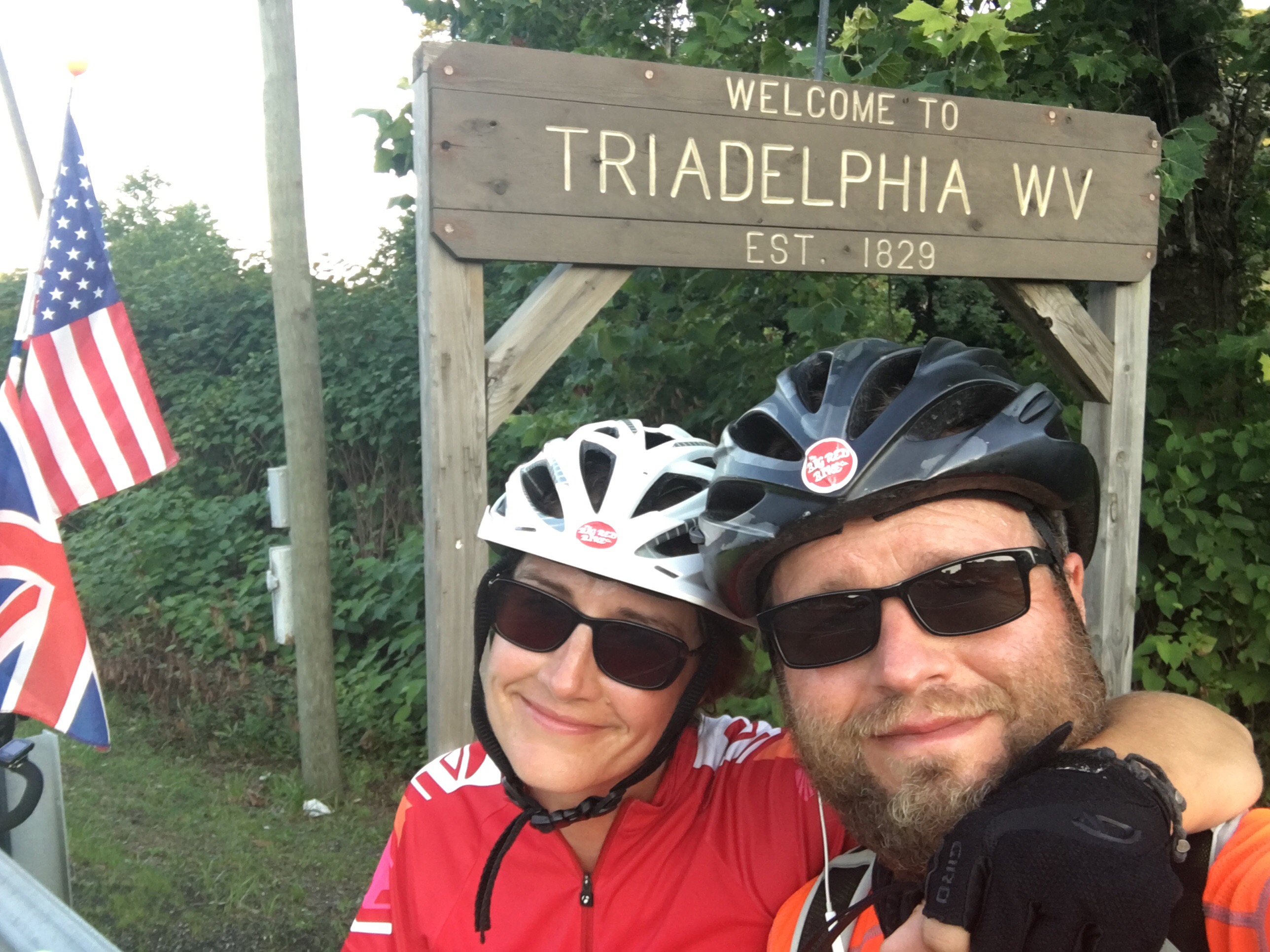 We said we’d do it (cross the states on bikes) and look another state in the bag and we’ve had such a friendly reception (you’ll see if you scroll down) and we keep meeting amazing people.

After cycling around twenty hilly miles our energy and hydration dropped. Plus our old friend, Mr sun was rather affectionate today and we needed to cool down!

So, a quick pit stop to refuel and hydrate was essential after a couple of hours on the road.

Our no frills lunch break. 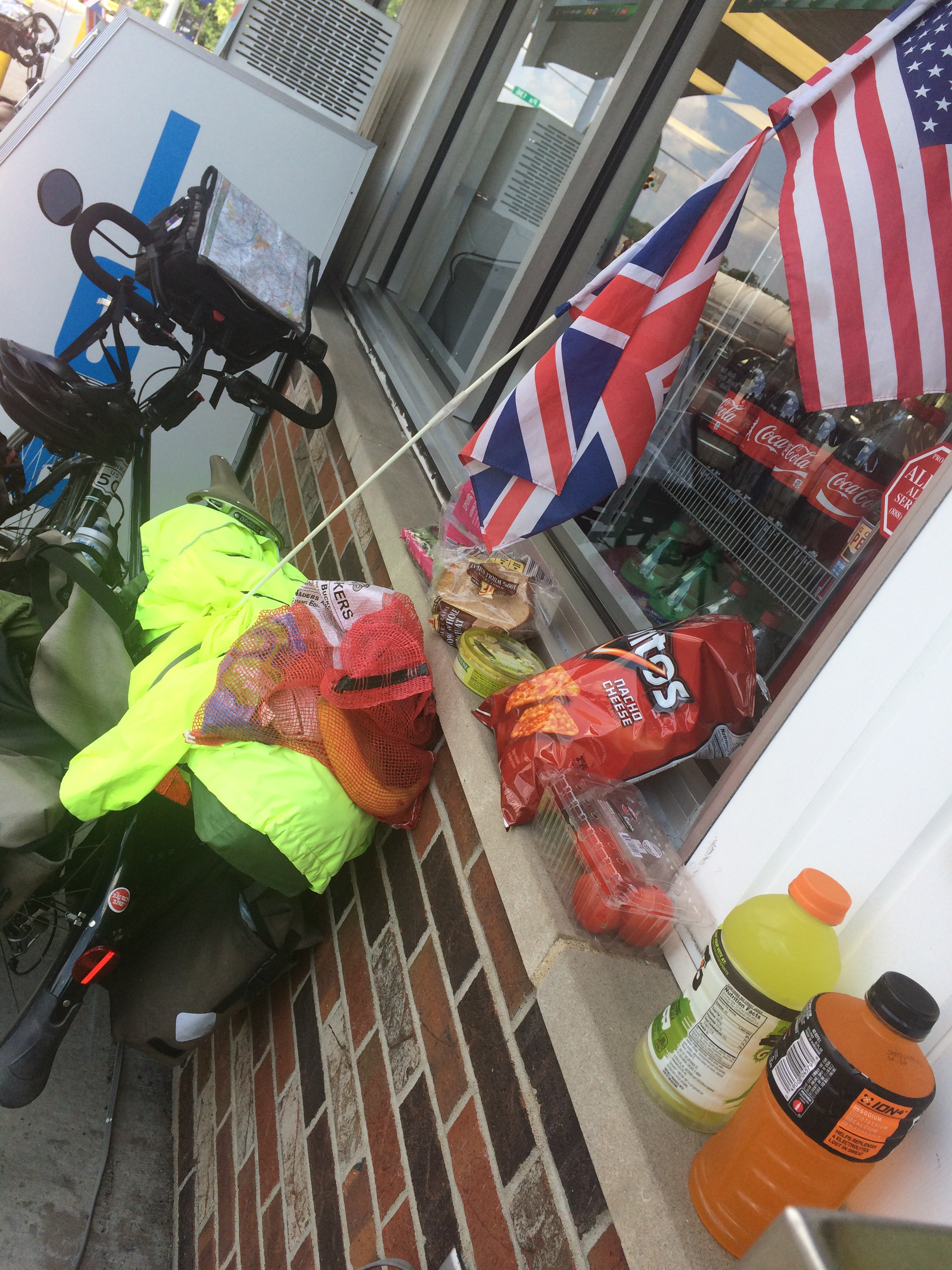 Having lunch by the roadside is how we eat most days. My knees are my dinner table. 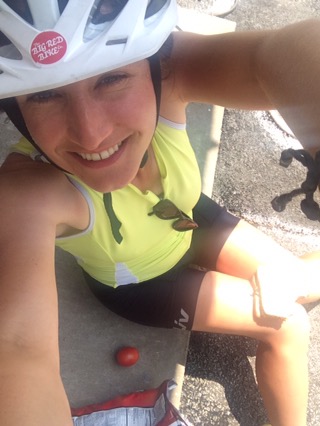 We weren’t short of climbs today. 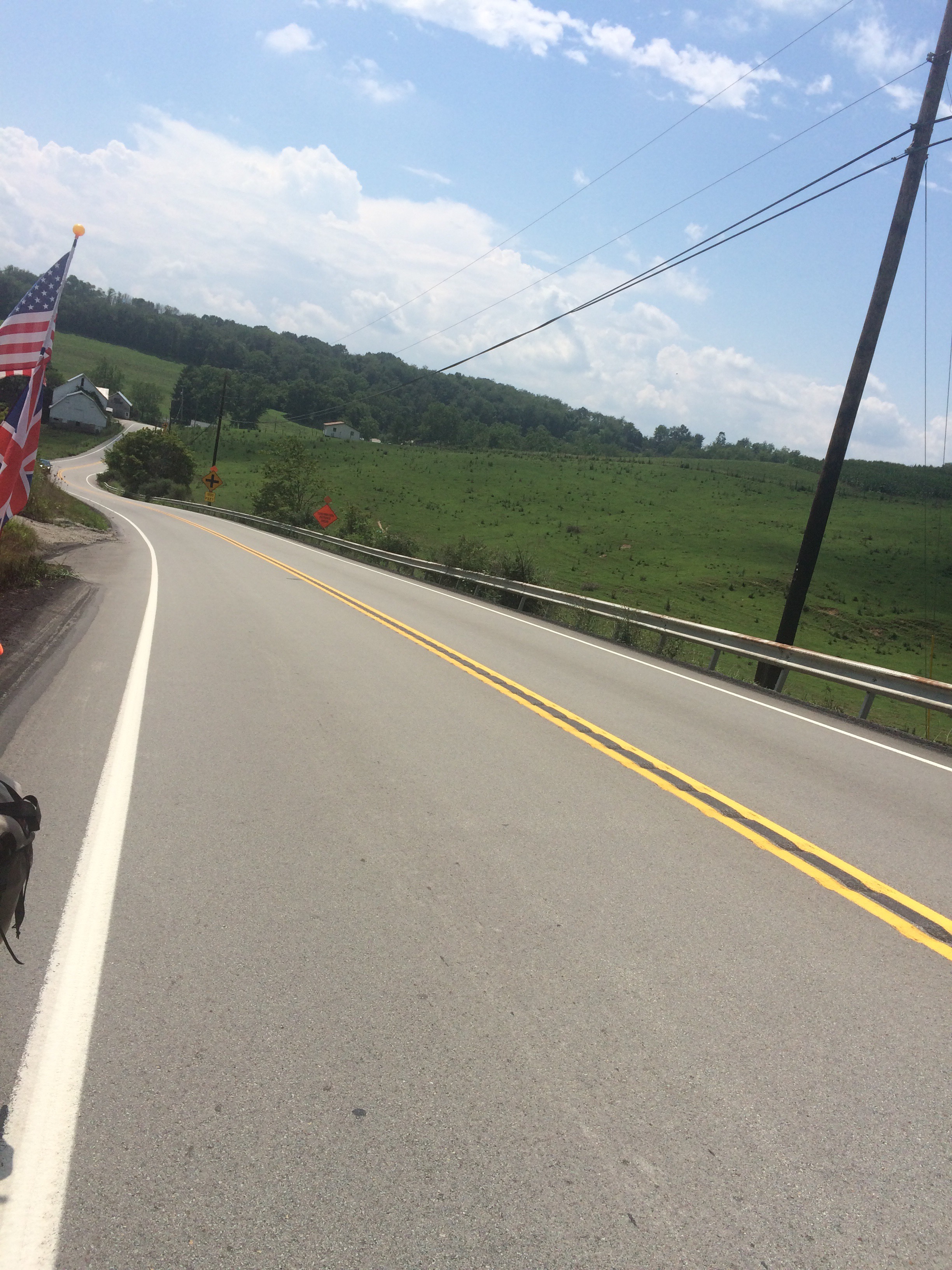 How could I resist stroking these two beauties. A good excuse for a water break and to catch my breathe. 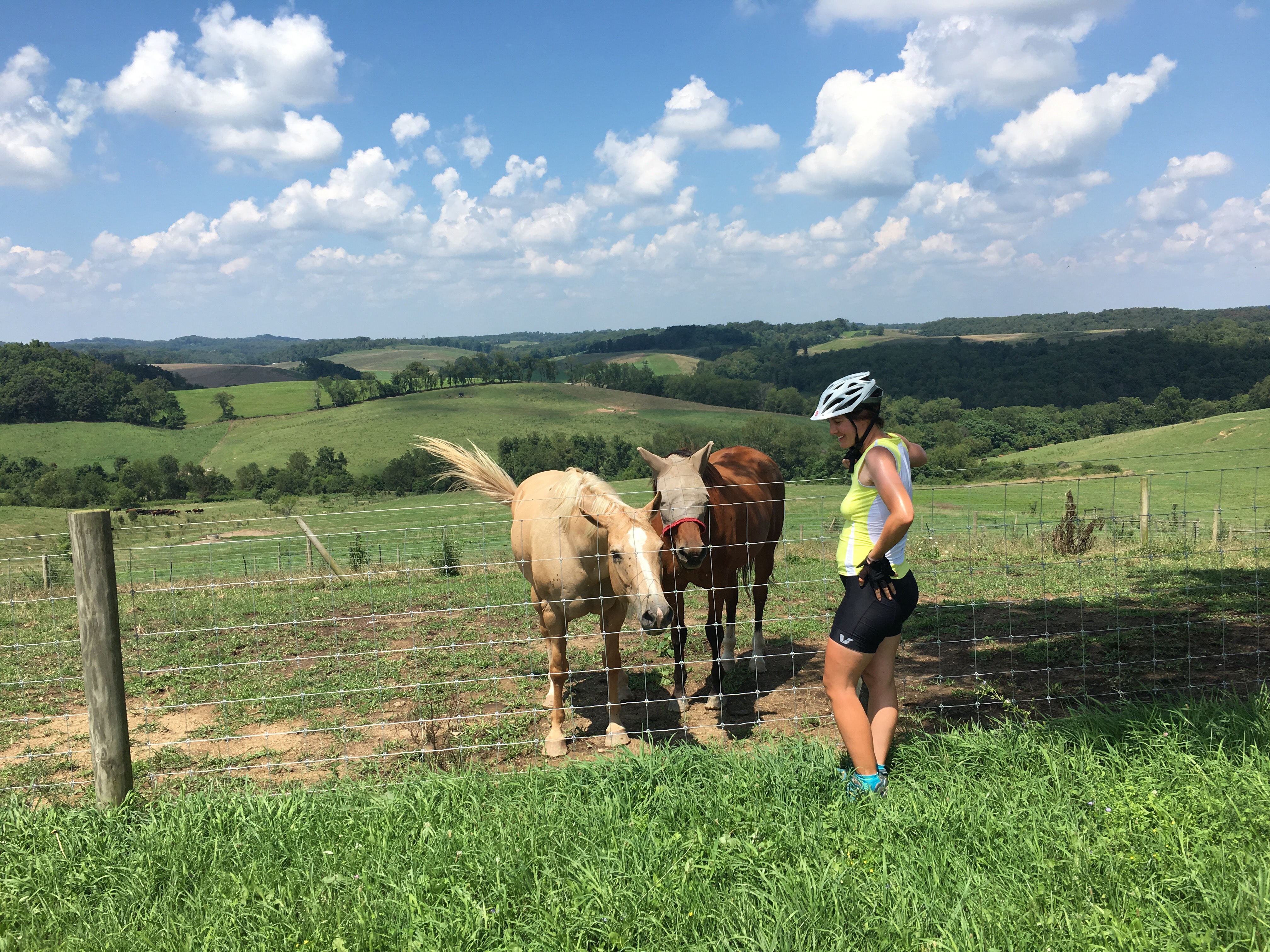 We stopped again because my bike was making a ‘squeaking’ sound. A couple drops of oil and all sorted.

Bishops Cycles : Jonathan – you’ve won the Golden Cycle Machanic award on my trip! No more flats – you did me proud! 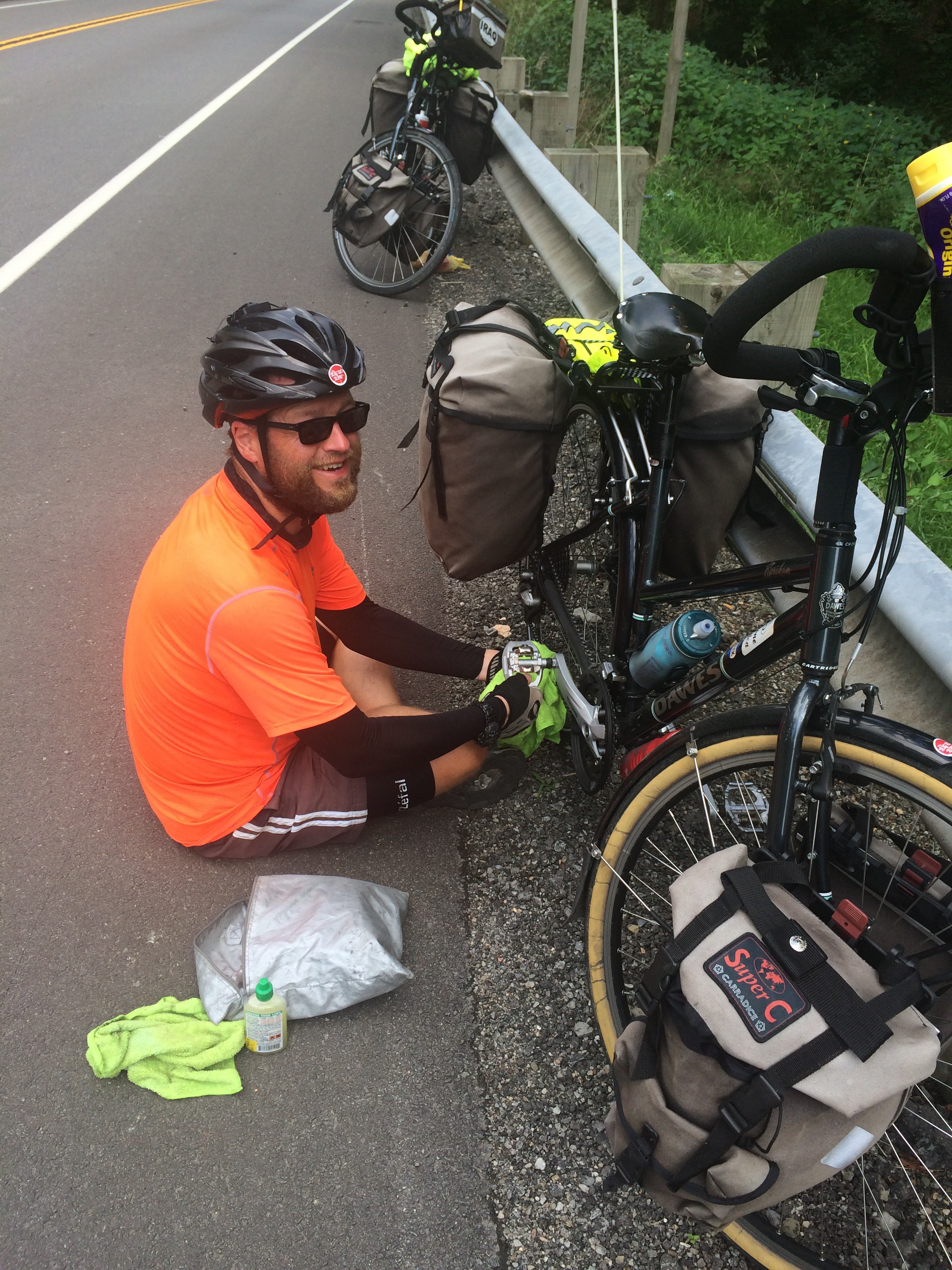 I know that I’ve already mentioned this but route today was REALLY hilly. My thighs were burning. I don’t assume this to be tougher than a spinning class workout because I’ve never done one but ten hours of cycling, mostly up hills has got to come close!?

See if you can spot the kitten. 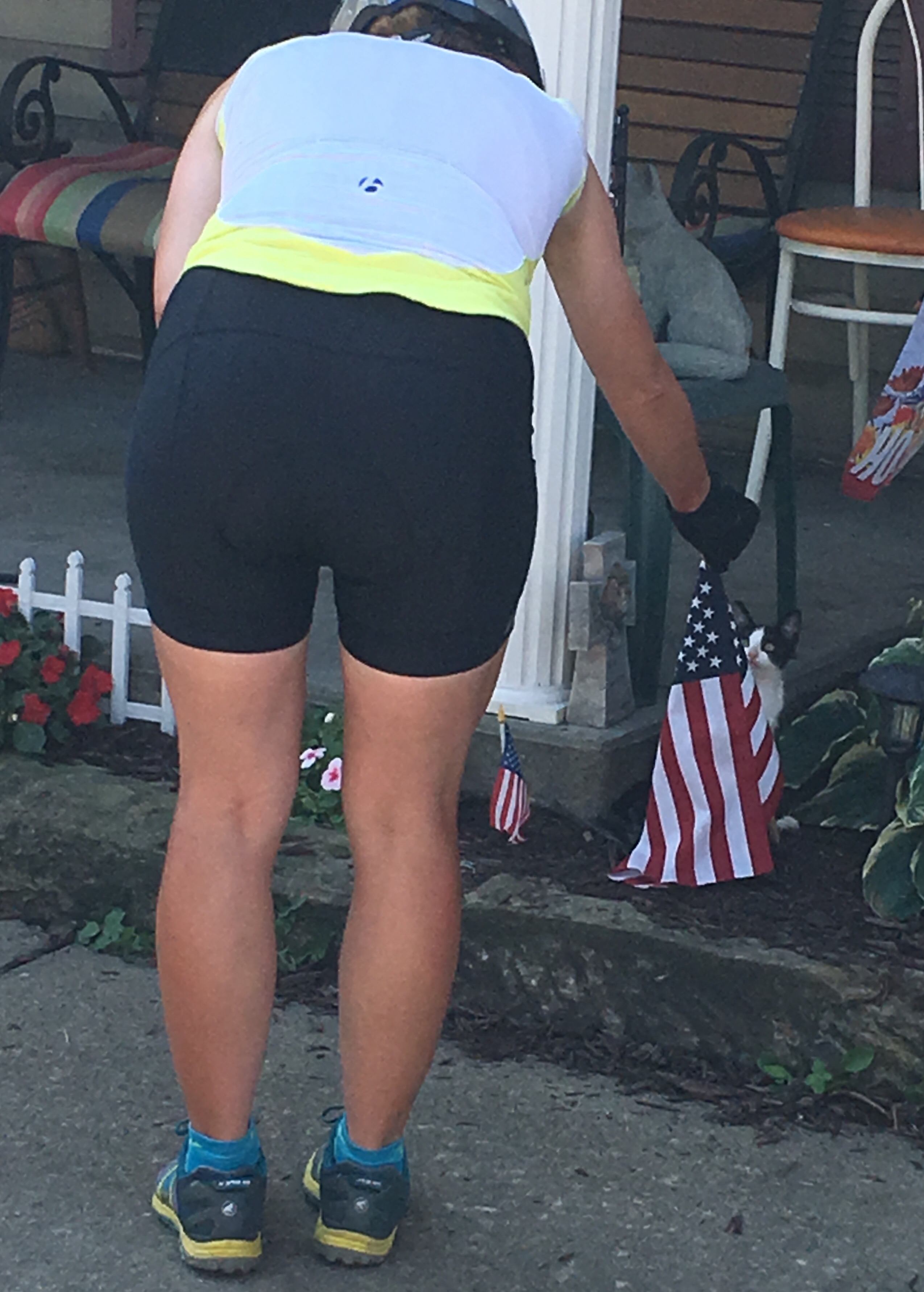 Please meet our newest friend, Ray. He was born in Australia and came to America with his family at the age of 17.

Now retired from the police service, Ray enjoys his music both writing and playing his guitar.
Ray asked us to request a couple of songs and then he sang a song which he wrote. We had our very own private gig.
This man was the highlight of our day. A true gentleman and a Champion not just because of his professional boxing days when he sparred with Roberto Duran but just because I say so. 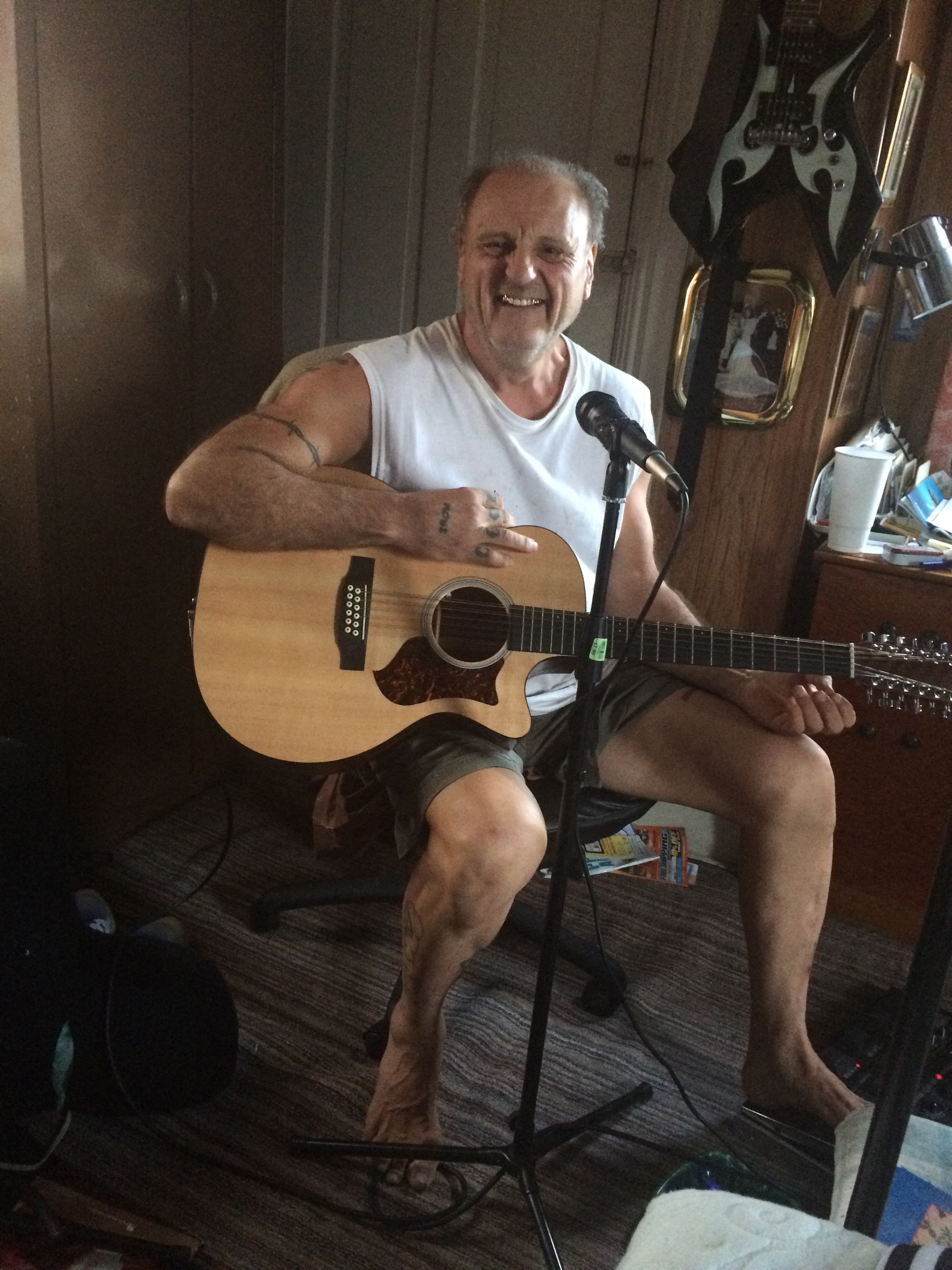 We met Ray as we were cycling past his house and he stopped us to see if we were alright. Our flags are often a give away that we are from out of town. This man blew us away with his BIG heart. 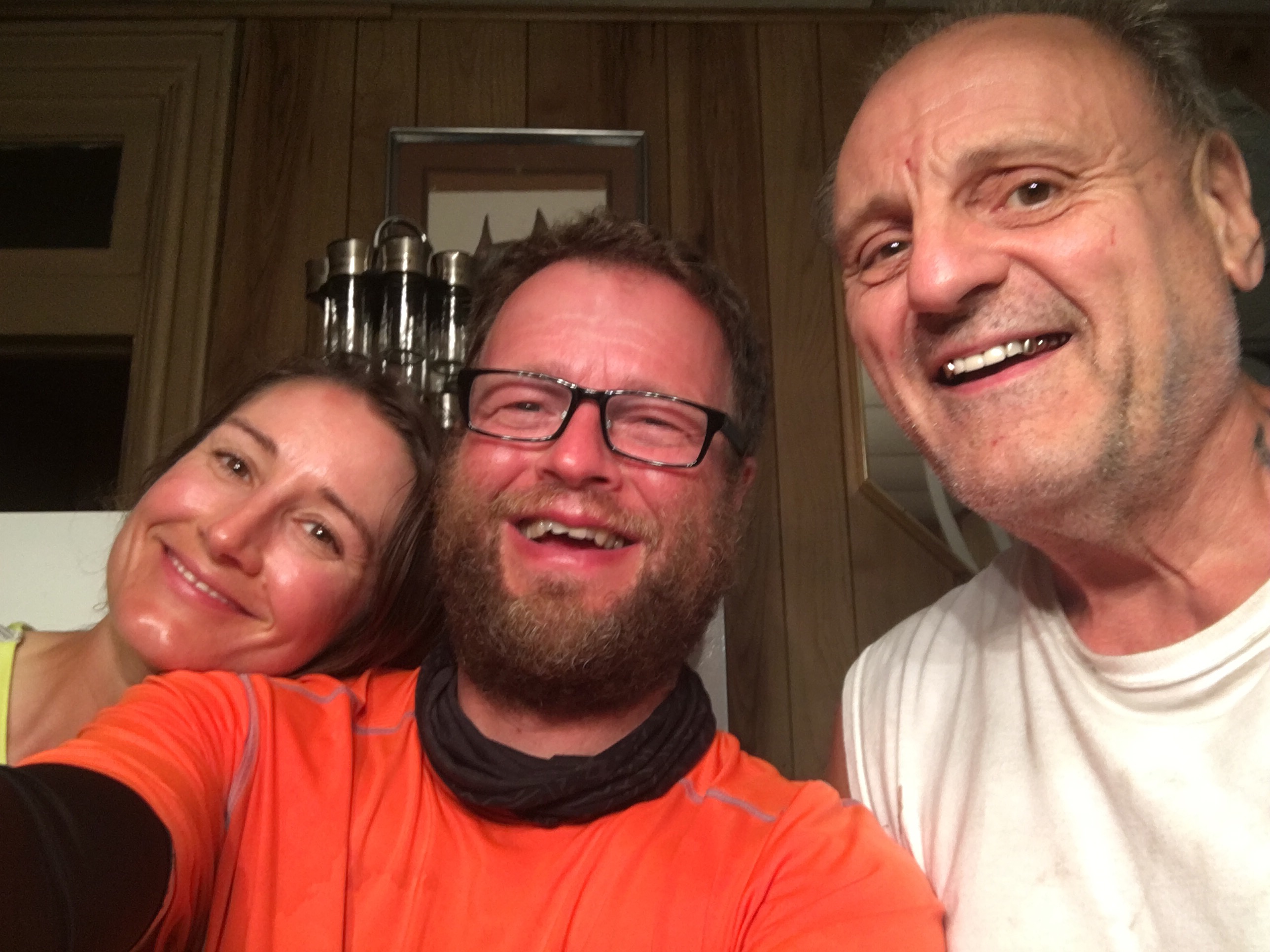 Ray’s late wife Dayza’s car. He bought this for her as a surprise, even though she asked him to promise not to spend more than $450 and came back with a brand new Mercades
Ray lost his wife, whom he married after just three months from meeting. They met whilst Ray was policing the traffic, he pulled her over for nothing criminal apart from he found her beautiful.

He said Dayza was a dentist, German and had long arburn hair.

Dayza was 28 and four months pregnant when she lost her life due to a tragic event, he never married again but he keeps her close by, he talks about the conversations they had and he’s kept her car for over thirty years.

In most respects they are still together. 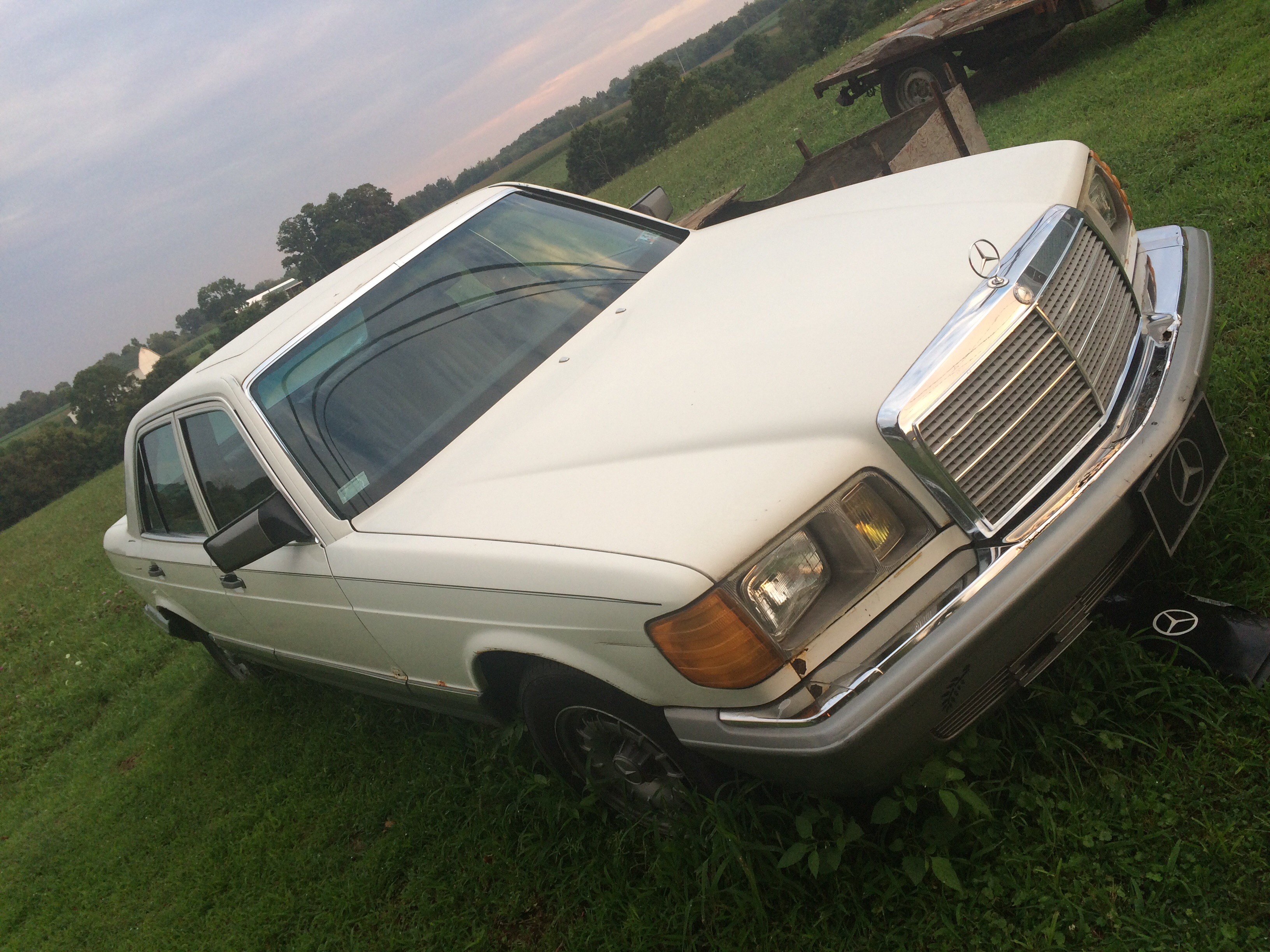 In Ray’s own words he said our visit was like taking having a vacation.

This was our home for the night. Ray’s RV. 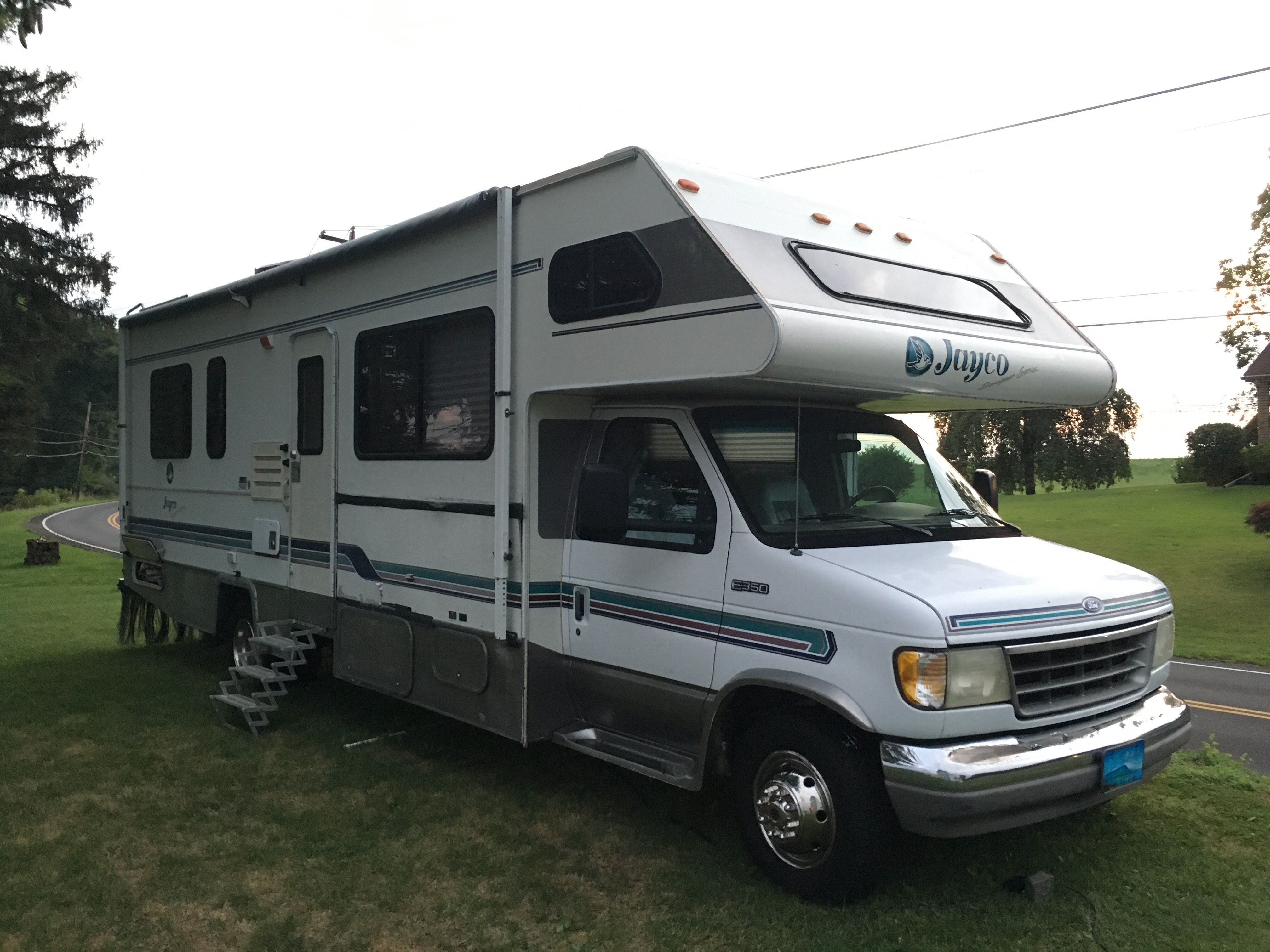 The view from Ray’s back porch. 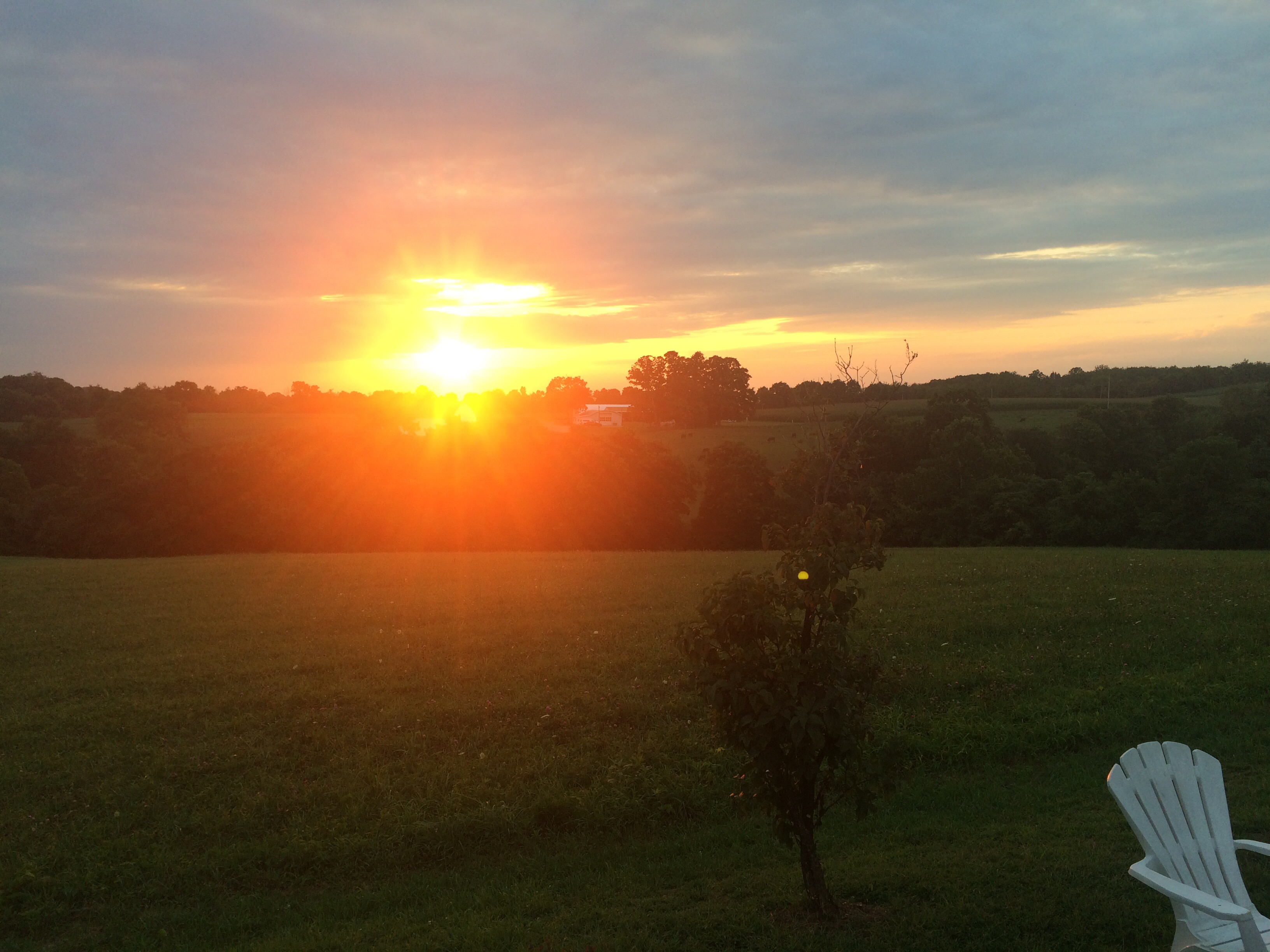 Goodnight and sleep well, it’s a late one for me because we arrived at Ray’s between West Newton and Madison quite late in the day – so I hope 6 hours sleep is enough for our big ride tomorrow.